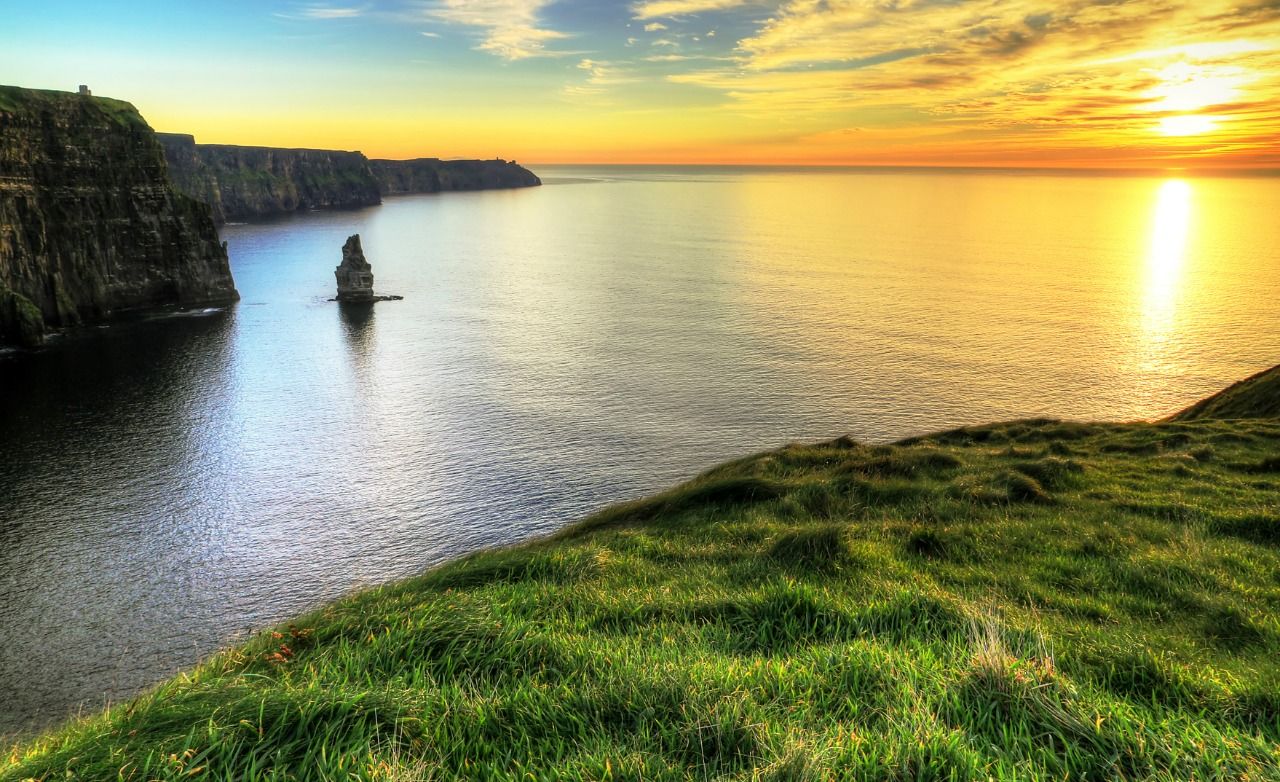 Out at the very edge of Europe, the Wild Atlantic Way stretches for 2,500 km (1,500 miles) along Ireland’s western seaboard. From Malin Head in Co. Donegal to Kinsale in Co. Cork, through regions like Connemara, Galway Bay and Kerry, it’s the longest defined coastal drive in the world.
Top_ten_things_to_do.pdf

Here, the ocean’s force has carved a coast of wild, raw beauty. Huge Atlantic rollers crash and churn, shaping jagged ocean crags, archipelagos and inlets, sea loughs, surfing strands, and the sheer granite walls of cliffs that are amongst some of the highest in Europe. Rare sea eagles circle over glacial mountains, dolphins leap the waves, seals bask on the shore, puffins nest on cliff faces and geese gather in great estuaries. And lighthouses safeguard sailors all the way up the coast – from Fastnet to Malin Head.
Sligo is situated on the North West Atlantic coast of Ireland and has ancient burial sites older than the pyramids of Egypt. The town of Sligo nestles between the mountains of Knocknarea, reputedly the final resting place of the legendary Queen Maeve of Connaught and the majestic, flat-topped Benbulben which has been likened to Table Mountain in South Africa.

Nobel prizewinning poet, William Butler Yeats and his artist brother, Jack spent summer holidays in Sligo, the home of their mother Susan Pollexfen. With the county of Sligo as their canvas, the literary and artistic achievements of both brothers brought them international acclaim and led to Sligo also being dubbed ‘Yeats Country’. W .B. is buried at his own request in Drumcliffe, just 7km (4.5 miles) north of Sligo town.

Other literary connections with Sligo town include Spike Milligan and Bram Stoker. Sligo has it all – lakes, rivers, forest walks and the mighty Atlantic ocean with a range of activities and festivals to suit everyone. It also has a particular and unique sound when it comes to Irish traditional music. Sligo is surprising!